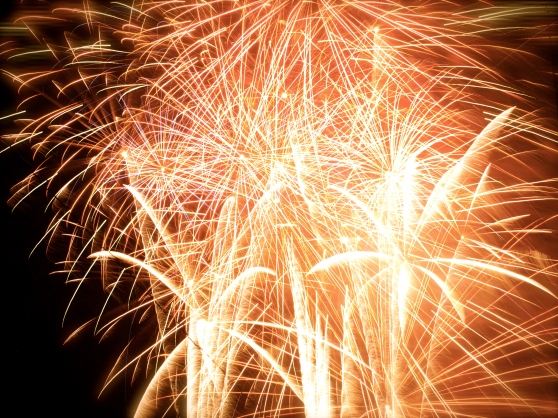 If you’ve got kids, there will be meltdowns.

You can do your darnedest to distract or bribe or redirect your way out of or around them, but if you’re a parent, eventually you’ll experience one. And if your kid is anything like my older daughter, it’ll be abso-frickin-lutely spectacular. Linda Blair in The Exorcist? A veritable peach compared to my daughter in the midst of one of her toddler tantrums.

The good news is, they outgrow them.

For the most part.

It turns out that even the grown ups among us suffer the occasional loss of control while enduring the trials and tribulations of parenting. Dad Tommy Jordan, for example, lost it and posted a very viral YouTube response to his teen daughter’s Facebook rant about her parents. While Jordan seems calm in his video, I get the sense he’s teetering dangerously near the edge, what with breaking out the firearms and all…

And thanks to reality shows, we can get our daily dose of tv tantrums from such paragons of parenting as Kate Gosselin, “Dance Moms” coach Abby Lee Miller, and pretty much every mom in “Toddlers and Tiaras.”

Now, I’m not saying it’s a good thing — just acknowledging that it happens. Nor am I casting stones here. Heck, I’m no saint. When pushed to the limit, I’ve been known to let fly a few choice words in something other than my “inside voice.” I probably could’ve put Linda Blair to shame, too.

Bystanders, beware —
when you see that seething glare
that starts growing to a grimace
while you’re simply standing there.

‘Cause it could be time to scurry
if her cheeks are flushed with fury
and her eyes are welled with tears –
Best evacuate – and hurry!

When things haven’t gone her way
there’s not much that you can say
and instead of trying to soothe her
I suggest that you don’t stay.

Just get going, just get out
if she’s got a full-blown pout
for the next thing that you know
she’ll begin to cry and shout.

And soon yell turns into roar
and she’s throwing toys galore
and her face is raging red
and she’s stomping on the floor.

You had best be safety-bound
for the reasons I expound;
it’s not wise to be around
when a mom is melting down.